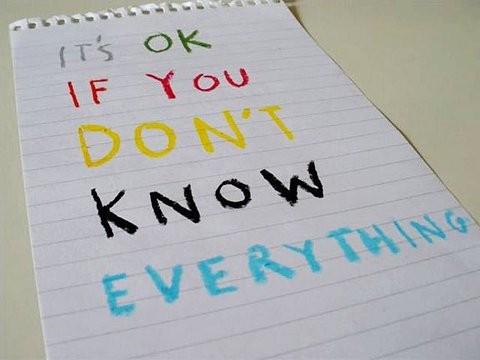 People who have a a noticeable success and hold on to it realize they don’t have all the answers. As a result, they are always on the lookout for new and better ways to do things.

Successful people surround themselves with people who offer different approaches. They have mentors and accountability partners. They are willing to consider ideas that conflict with their current way of doing things. If the new approach is better, they adapt. Their ego doesn’t get in the way of their intellect. When they are wrong, they don’t fight it or take it personally.

Contrast that with people who think they have it down. Their mind tells them they have life mastered. As a result they can’t learn anything. Worse, they don’t see it when the universe says “no”. They stick to their antiquated approach and usually get run over by reality.